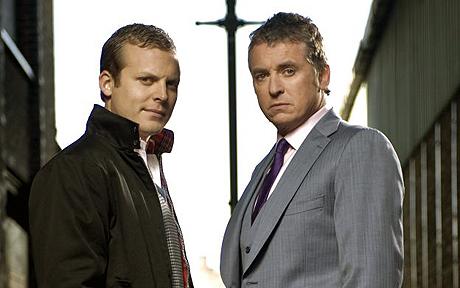 When the final episode of series 10 was broadcast in 1994, most people thought that the show had come to an end. However, on the 4th of August 2008, talkbackThames announced that the show was to return in early 2009 for a six episode run on UK channel FIVE without any of the original cast. The new show was to shift its attention onto Archie Daley, Arthur Daley's nephew and his minder Jamie Cartwright.

In order to promote the series Shane Richie kindly agreed to be interviewed by minder.org. The interview can be found here.

With the new show came a new theme tune and new opening titles. They are very different to both of the previous opening titles used on the classic show. A new version of 'I Could Be So Good For You' was recorded by Glaswegian band Attic Lights. Unlike the original series, the updated version jumps straight into the lyrics. 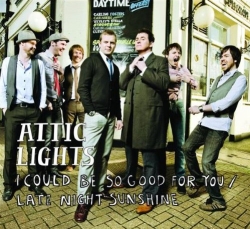 
Footage used in the new titles is mainly clips taken from the series plus shots of Archie & Jamie getting dressed. The graphical style is very much in the 'Lock, Stock & Snatch' vein. There is also a nod of recognition to the original opening titles though. 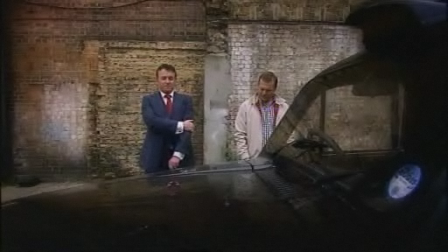 Sadly, after six episodes and just one series, FIVE cancelled the show in June 2009. No real reason was given by FIVE as to why this was this case, but it is believed that poor viewing figures were the main reason coupled with what many believe was a dislike for the programme by the newly appointed FIVE channel controller Richard Woolfe - preferring cheaper imported US shows as opposed to those made in the UK.

Also, many viewers of the show were quick to draw comparisons between the new series and classic Minder and it seems the original intention of the new show in recreating something new was missed by the viewer. An internet petition was set up requesting a second series but this fell on deaf ears at FIVE who seemed quick to distance themselves from Minder in the latter part of 2009, with it being branded a failure.

The promotion for the series included specially designed posters around London, beer mats in pubs and even designs on the sides of taxis. It therefore came as a shock to many of those who liked the new show that FIVE were so quick to drop it after just six episodes having spent so much time and effort promoting it. Series writer Tim Loane also already had ideas in place to reunite Archie with his Uncle Arthur in a second series but sadly this was never to be seen and June 2009 sadly saw the end of the road for Archie and Jamie.

Many were disappointed with FIVE for not giving this series what they felt was a fair chance at just six episodes, especially as they thought that both Shane Richie and Lex Shrapnel had done very well in their roles to revive a classic series. A DVD of this series was later released. For more information and episode by episode analyisis of each of these new episodes visit the series 11 episode guide.