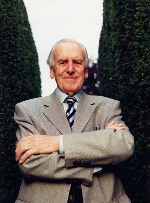 George Cole's first screen role was in 1941. Since that time he has appeared in an endless number of theatre, film, television and radio roles. To try and begin looking at his life seems almost an impossible thing to do. Here we try to highlight the main points of George's career and a little bit of background information on how he came to be one of the most famous British actors and performers of the modern age.

In 2004 the owner of this site was fortunate enough to see George Cole perform live at the Devonshire Park Theatre, Eastbourne in the comedy 'Party Piece'. George Cole was as good as he has ever been and it was simply a joy to watch. The second he appeared on the stage he received a round of applause and this page is a just a small tribute to his work over the last 60 years or so! Not mentioned enough here is the amount of work that George Cole has done for charity over the years which includes work for the Royal National Institute of the Blind and for Children with Leukaemia.

George was born in Tooting, South London on April 22nd 1925. He spent a lot of his childhood alone. At the age of 13, he discovered he was adopted when he found his birth certificate looking for Christmas presents on top of a wardrobe. Despite this, he was not upset as he had a wonderful mother and father.

One of his first jobs was delivering newspapers around London and here he saw an advertisement looking for a young boy for a London musical. In 1939, he attended the audition where he performed Shakespeare's Julius Caesar "Friends, Romans, Countrymen lend me your ears". The same afternoon he was shipped off to Blackpool with an understudy role (person ready to take on another's role) in 'The White Horse Inn'. Interestingly, this same show also starred the late Gretchen Franklin, known to some for her role as 'Ethel Skinner' from the early days of the long running BBC soap 'Eastenders'. In 1940, while starring in this show, George received the shocking news that his father had died. 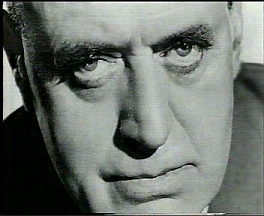 George's next role was in the play 'A Cottage To Let'. It was here that he was introduced to Alastair Sim, who proved to be one of the major players in setting up his career as an actor. At this time, around 1940, Alastair Sim was a very established and well respected actor both on stage and screen. George Cole described Alastair Sim as father figure to him in many ways - a man with a huge personality who was also very funny.

As the play proved such a hit on the stage, it was decided to make it into a film - which was George Cole's first acting role. In this film, George played the part of young cockney evacuee Ronald, shipped off to the countryside (shown above). What is interesting about this film is that in real life, Alastair Sim and his wife Naomi actually took the young George and his mother to the countryside during air raids around the same time. George's mother is reported as not being entirely happy with living in the country and soon moved back to London. George Cole however, stayed with the Sims and was told that if he wanted to improve his chances of getting acting work he should really spend time working on his accent.

Working on his accent must of worked, because in 1942 George Cole landed his second role as the character of Charlie in the 1942 film 'Those Kids From Town'. In 1943, at the age of only 18 George Cole served in the RAF, finally leaving in 1947 to pursue acting work - this time as an adult. George is noted as saying this was his first experience of adult acting and at the time proved quite difficult, especially convincing Alastair Sim that he was able to do it as an adult and not just as a child actor.

In 1950, George Cole appeared in the film 'Morning Departure' which included some of the top actors of the day, including Sir John Mills and Sir Richard Attenborough.As a result of the film's success, he went on to appear in the radio show 'Life of Bliss' where he played the lead character David Alexander Bliss - in 1960 the show transferred to television. In this role, George Cole met with the late Queen Mother as she toured the BBC studios. It was during the 1950s though that George Cole established himself in Britain's top acting elite. In 1954 George married fellow actress Eileen Moore, together they had two children. They starred together in the Alastair Sim film entitled 'The Green Man' (available to purchase on DVD). In 1954 George landed the role of spiv 'Flash Harry' in the film 'The Belles of St Trinian's'. It would be this role that would set him up as one of Britain's finest celebrities.

Between 1954 and 1967 three more St Trinian's films were made and if George Cole wasn't already household name at this time, he certainly became one as a result of Flash Harry. It was as Flash Harry that Hollywood recognised him, and in 1963 he appeared in 'Cleopatra' alongside Elizabeth Taylor, Richard Burton and Rex Harrison. It is reported that the filming of Cleopatra took an astounding 18 months to complete and that relations on the set were less than amicable. When Cleopatra ended in 1962, George Cole separated from his first wife and went to live in the countryside with his two children.

Not soon after, while holding auditions for the play 'The Waiting Game', George met Penny Morrell. George Cole has stated it was definitely "Love at first sight" and they soon wed. Interestingly for Minder fans, Penny Morrell later appears in the series six episode of Minder entitled 'Arthur is Dead, Long Live Arthur' - see the Episode Guide for more details about this episode.

During the late sixties George Cole appeared in a number of TV roles and in 1970 starred in the horror film 'The Vampire Lovers'. This was the first of many horror-type roles that he played around this time. In 1970 he appeared alongside Annette Crosbie (more famous for her role in the BBC Comedy "One Foot In The Grave") in the short-lived BBC thriller series entitled 'Menace'. Unfortunately only two episodes remain in the BBC archives of this show which luckily includes the episode starring George Cole. Unfortunately, this has not been shown on TV for many years and due to the absence of other such shows is unlikely to see and official release in the near future. In 'Menace' George Cole plays the part of Douglas Willett, a husband turned psychopath. The following year (1971) he appeared in the horror film 'Fright' which interestingly also starred Dennis Waterman. Apparently, it wasn't until many years later that they both realised they had starred in the same film all those years ago.

For the remainder of the 1970s George Cole appeared in a few films though mostly TV roles. Most notable are his appearances in The Sweeney episode 'Tomorrow Man' again alongside Dennis Waterman and as a London bomber in the Return of The Saint episode entitled 'The Armageddon Alternative'. There is a rumour that he appeared in the 1974 film 'Gone in 60 Seconds' as Atlee Jackson, unfortunately this isn't at all true as this character was played by another George Cole, a black American actor!

George Cole became a household name yet again in 1979 when he was cast as Arthur Daley in 'Minder'. Many stories exist that Denholm Elliot was planned as the original choice to play Arthur Daley (also Dennis Waterman's choice) but it is now hard to imagine anyone other than George Cole doing the job! Dennis Waterman has described the relationship between him and George Cole on set as 'an excellent piece of casting'.

During the 1980s George worked on many productions alongside 'Minder'. In 1982 he appeared alongside Peter Bowles in the TV comedy series "The Bounder" and in 1985 in the BBC series "Blott On The Landscape". In 1992, his astounding contribution to radio, television and film was awarded and he received the OBE. During the 1990s George continued work both in film and television roles including 'Root Into Europe' (1992), 'An Independent Man' (1995), 'Mary Reilly' (1997), the much loved BBC sitcom 'Dad' (1997) and since 2000 in 'Station Jim' (2001) and 'Bodily Harm' (2002). For further information on what George has appeared in, visit his IMDB record here.

George Cole passed away in August 2015. He was loved by millions of people for the work he did and will undoubtedly continue to make people laugh for generations to come.

A true gent. Thank you George for all the truly entertaining times you have given us!

Note from George Cole to minder.org in 2014: 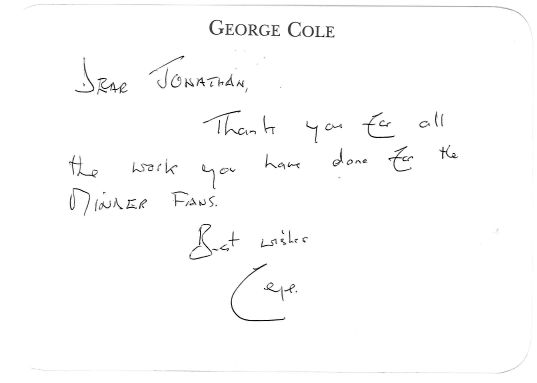